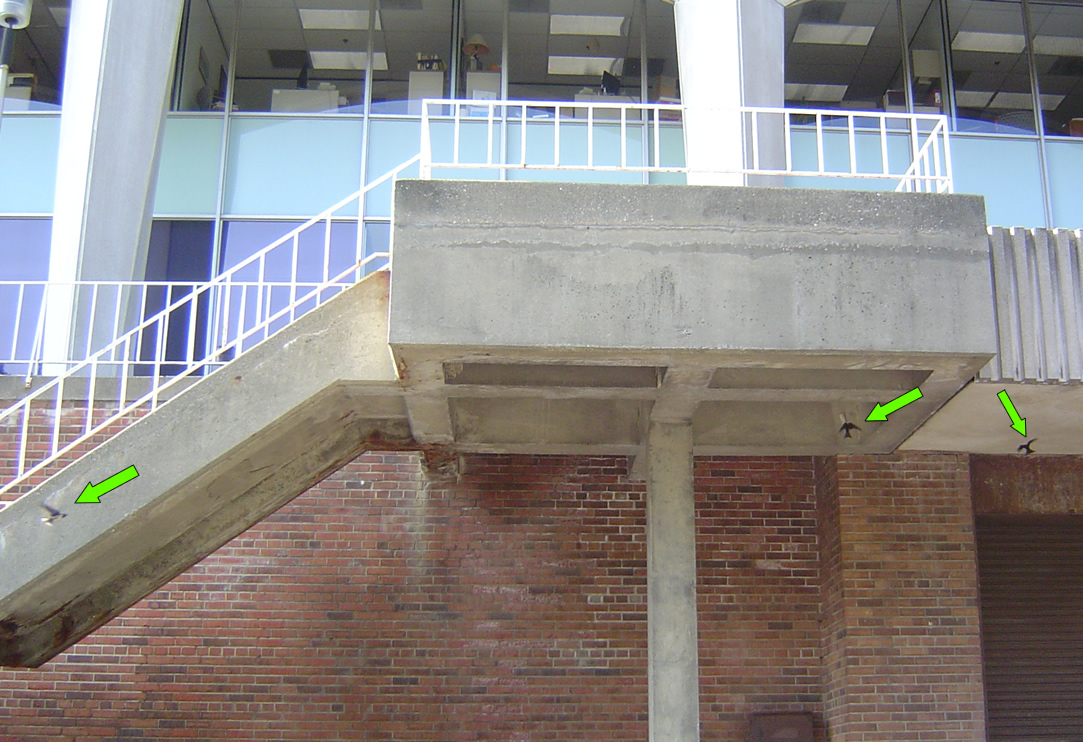 These are three of the six birds which herded me back to my car.  They did this by peeping in a register that made me feel as if shards of glass were being driven into my ear and at a volume that was like a cannon filled with angry bird noises going off right next to me; and by flying straight up into the air for 20 feet or so in order to build up maximum velocity as they dove directly toward my face.

Of course I was curious.

Unlike bats, birds usually only swarm around a larger animal to chase that animal away from a nest. 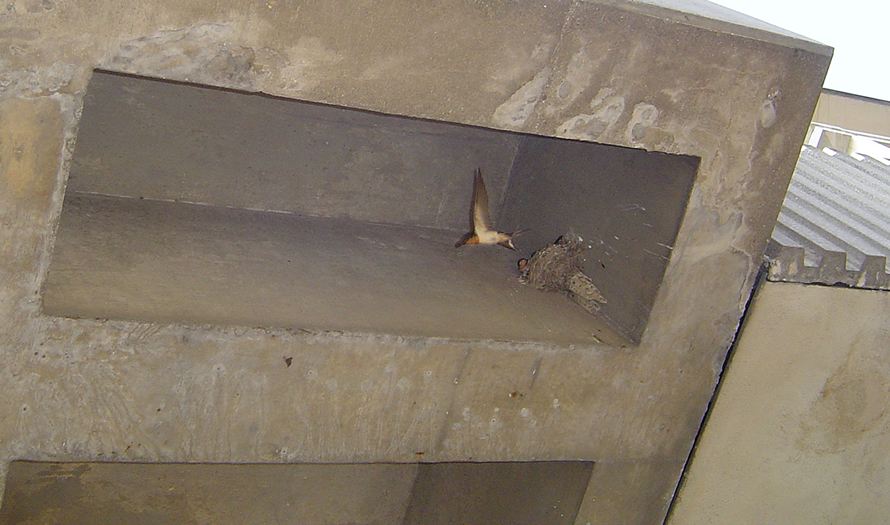 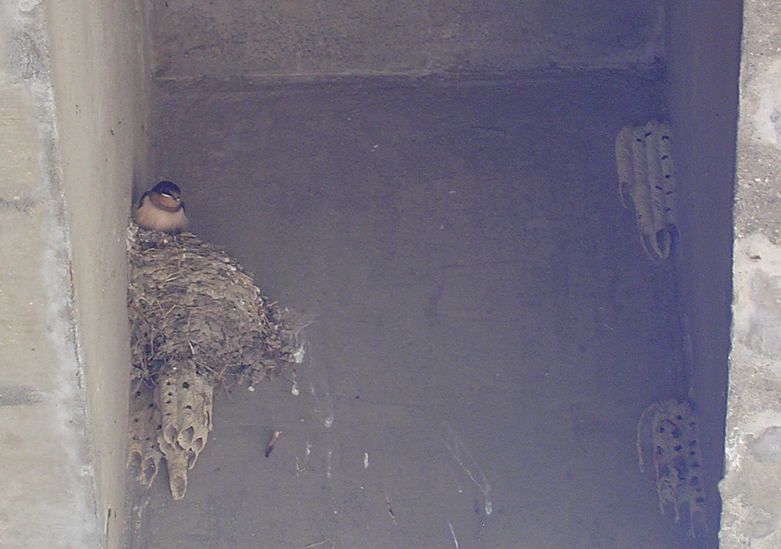 I got out of there fast… 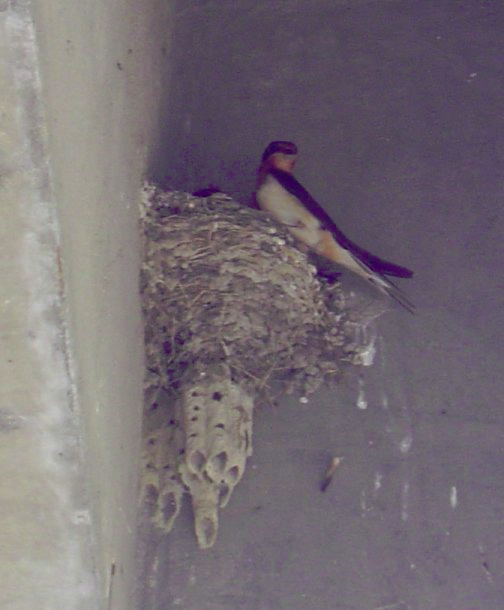 …but not before the equally pissed off papa bird came back.

A spooky sentinel swallow gave me the stink-eye as I walked away: 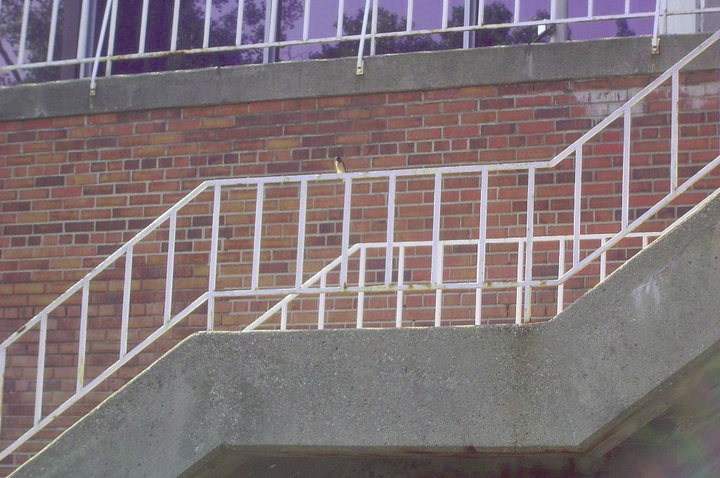 …and yes: I walked. I did not cringe toward my car, bowing and scraping like a proto-human encountering a giant Space Slab. 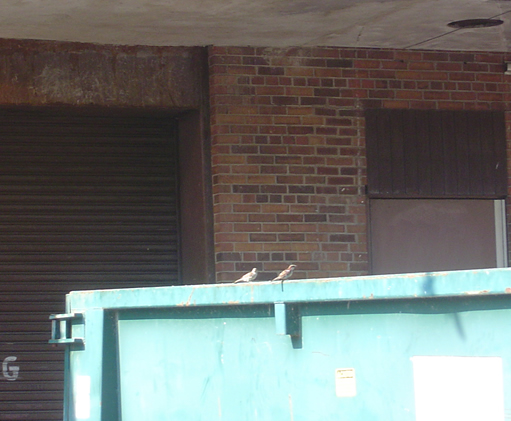 These totally unrelated sparrows spent the whole time hanging out on a nearby dumpster. I’m pretty sure they were laughing at me.

The entire incident reminded me of a comic I wrote a couple of years ago: Birds I Hate.  It’s about birds, me, and (spoiler alert) hostile emotion.  This is a recurring theme for me, as birds and I don’t really get along.

I have a nap to take and a video to film, but I will dig the comic out, scan it, and upload it for your amusement by the end of the week.  This I vow.