Tonight I was cranky and tired and skimming Netflix when I came across Mercy. I’d never heard of it, the cover grabbed me, and I was bored. So of course I decided to live tweet my reactions to the movie. The resulting long-winded scene-by-scene rant is pretty hard to read on Twitter, though. Things move fast in the feed, and since my ability to multitask is fading a bit with age I’d watch a scene, pause to tweet, repeat…it took freaking forever to get through the entire film, is my point here.

Storify is a website which allows you to collect content from social media sites and arrange that content so it makes more sense than it may have in real time. It’s used to bring attention to serious discussions on social justice, literary theory, public health policy, and many other vital issues.

I used it to collect my rambling comments on Mercy. 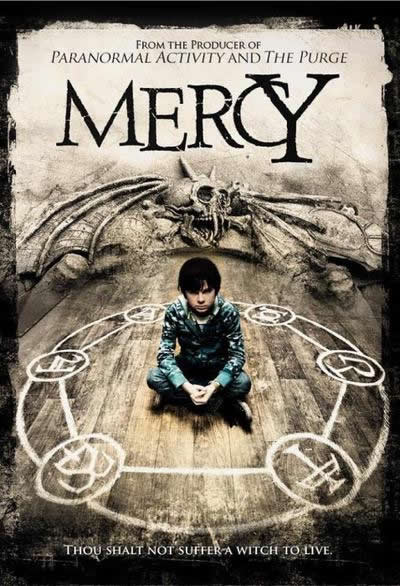 You can find my Storified rant here.

I think I succeeded (more or less) in writing it so folks can enjoy the comments without having seen the film. It’s streaming on Netflix right now if you want to watch along.

Mercy was lots of fun (tropes and all), and I recommend it wholeheartedly to fans of possession flicks; it’ll be an even bigger hit with fans of gallows humor.

Because it took about six hours (with breaks) to get through the entire thing I didn’t realize until afterward that it’s probably meant for a tween or teen audience. Which would explain, ahem, most of the movie. Especially the parts I thought were dumbed down.

Let’s agree to not discuss the fact that I didn’t think most of the film, which again is probably meant for twelve-year-olds, was dumbed down at all. I’m just gonna claim exhaustion on that one.

There’s a pretty good chance I’ll do this again; I’m often tired, cranky, and bored on a Friday night.

Anyway, if you’ve seen the film please let me know what you thought of it in the comments. If you want to see another one of these, feel free to recommend a film. If it looks halfway decent I may give it shot. If it looks like utter crap I’ll almost certainly tweet it…because why the hell not?