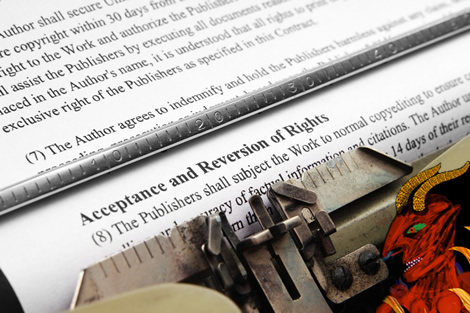 …or, So You Want a Traditional Publisher

For the purposes of this blog, I’m identifying “traditional publishing” as the major New York houses and a handful of other major players in the publishing industry with a long history, large staffs, and national and/or international print book distribution.  These companies are collectively referred to as the “Big Six” (there are more than six of them, but we’ll leave that alone for now).

University presses and established small literary presses occupy a special niche in the publishing world; their business models have some similarities to the Big Six, although they operate on a much smaller scale and with some notable differences in business practices. For example, these presses aren’t typically interested in “locking down” an author’s future work.

I’ll be using “independent publishers” to mean — well, anyone else in the business of producing books in print or electronic formats.  This is a blanket term, and that blanket is huge. “Indies” may be companies which are extremely professional at every turn; outright scams which manipulate authors out of thousands of dollars; or any other publishers which don’t quite fit into the traditional or small press categories.

Full-on vanity presses are a completely different animal, at least in my head; and since it’s my blog, they’re my rules. Vanity presses are presses, not publishers: they charge a flat fee to print x number of copies, usually with a minimum run in the hundreds, of a book which you then have delivered directly to your house, hand out to your family and friends, sell at community bake sales, and eventually relegate to the garage. They don’t offer “marketing packages”, they won’t tweet about your Great American Novel, and they don’t have electronic format options. They’re also nearly extinct. Most of the old vanity presses saw the pixels on the digital wall long before the rest of us and moved (with varying levels of success and integrity) into one of the indie models described above.

Self-publishing is when the author takes control of every step of the process: even if she farms out editorial and design work or other tasks, she interviews and hires the people who handle this work.  With self-publishing, the author again pays a flat fee for any work she doesn’t do herself and all money from sales the completed book, minus processing fees for sales outlets like Amazon, is hers.

Not everyone will agree with these broad definitions, but I’ll be narrowing some of them later.  For now I’m going with: traditional, university, small and independent publishers. We also have vanity presses. There are reasons – some excellent, others less so – that authors choose to go with each of these models.

Before I get into things to keep in mind when seeking out an independent publisher, let’s talk about why so many authors are looking for alternatives to traditional publishing.

Traditional publishing has some great things to offer writers: editorial and design oversight, marketing teams (well, for some books), cash up front, and national distribution of print books to brick-and-mortar stores. Because of their editorial and design oversight, traditionally published books also seem more respectable to many authors and readers (although fewer readers than in the past, as we’ll see later) than independent or self-published books.

That’s a lot of work that authors won’t have to do or oversee themselves, and it’s all available at no cost to the author.

Why would any new or emerging writer want to sidestep traditional publishing?

Breaking into traditional publishing can take years. Even as recently as 2009, most writers took clearly defined steps to get published: write a book, send it out, get an agent, dance, wait as the agent shopped it around, sign a contract with one of the Big Six, dance, revise, revise again, wait, wait, wait, receive author’s copies, dance. It could take years to find a publisher and another year or two for that first book to get into print.

Those steps haven’t changed much, although agents are arguably less important to the process than they once were. It can still take years from typing “The End” to seeing those words on the final page of the completed book. The sheer amount of time it takes to land that first publishing contract is still enough to discourage many hopefuls. Today, however, the terms of that first contract can lead to even more frustration than the waiting — which takes us to our next reason a writer may deep six the Big Six:

Quickie disclaimer: I have actually seen only a very few of the sorts of contracts I’ll be describing here. I don’t know how prevalent these terms are, particularly with established midlist or bestselling authors.  I do know that every single new author whose contract I’ve seen (again, not that many but certainly more than I can count on both hands) has been offered one or more of these awful contract terms from major publishing houses:

That last one is especially troubling, not least because the three times I’ve actually seen these clauses the wording was particularly insidious: all three times, it was buried in a half-page-long subsection of related legalese and would have been very difficult to spot if I hadn’t been specifically looking for it.  If a contract from Publisher A contains that clause and you sign it, then even when you move on to Publisher B you’ll be paying a cut of the profit from any work you do involving those characters and world — or, worse, any writing you ever do — to Publisher A forever.

Yikes! Screw those guys, I’m off to Lulu.

Everybody just simmer down.

New and emerging authors can still get decent contract terms from the Big Six (okay: maybe not so much as pertains to the electronic versions of their books, but that’s a conversation for a later post).  Since 2010, I’ve seen several traditional publishing contracts for writers with three or fewer published books that don’t contain any of these terrifying clauses.  In two cases, however, the authors in question had to shop their books around; both of them turned down offers which looked pretty good at first glance to get reasonable terms.

Traditional publishing is still worth pursuing for new and emerging authors, especially because they have all of that lovely print distribution we discussed earlier.  I’d argue that except in very rare cases, though, we newer authors should only approach the Big Six after we’ve had significant, measurable success in other publishing outlets: this will give us the leverage we’ll need to negotiate the best contract terms possible.

How we go about laying the groundwork for that success will be addressed throughout this series.  Thanks to everyone for the comments and private emails so far, and I’ll see y’all on Wednesday.