O is not for The Ouija Experiment; it’s for O NO Y DO I WASTE MY TIME LIKE THIS?! I was going to live post my reactions to The Ouija Experiment until I remembered my 2015 pledge to put up one sweet post for every bitchy one. That would have been a shit ton of kitten photos, so I’m just gonna lump the salient points together here.

The plot: a group of friends gets together to play with an old Ouija board. 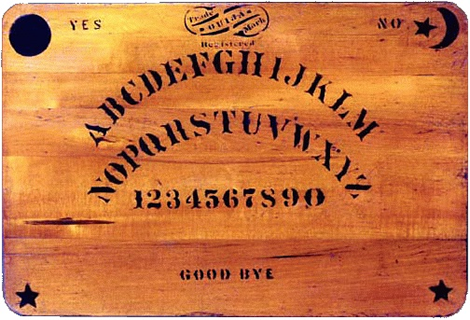 Not the board used in the film, as if that even matters.

– you know what? Even though I only need to relive the film a tiny amount to write this piece, I am still getting the rage sweats. Blahblah portal for vengeful ghosts yadayada screams of the damned durrdurr death. We’ve all been here before.

You really only need to know two things about The Ouija Experiment:

1) They hired a wonderfully diverse cast –

I mean, that’s the only logical explanation for what I just saw.

This thing scans like the entire damn film was wrapped on the same day they did the first read-through. Except there probably wasn’t a read-through; I swear to god you can practically hear the director calling out “Hey, wouldn’t it be cool if you said [totally inane bullshit] right now? Say it! No, wait, I have to say ‘action’ first…hold up, hold up you’re making me laugh…okay, ACTION!” like every third scene. 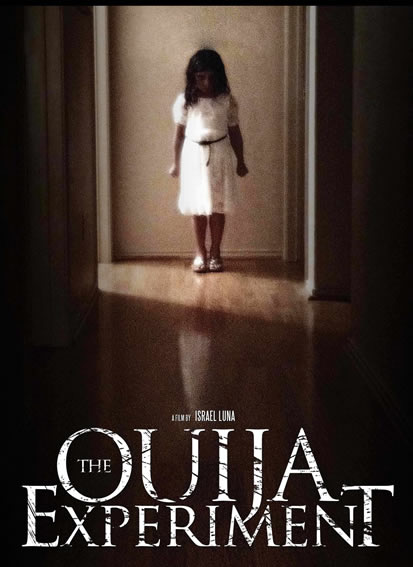 We get it, Corky: ya made a movie. Your real accomplishment was locating someone who’d distribute this digital skid mark.

I think the director’s mom went to Vegas for a week and a lame-ass party he was having with his friends turned into The Ouija Experiment. Thank jeezis the first game Corky & Pals (TM) cracked open after the pizza arrived was a Ouija board; otherwise the world would have been subjected to The Twister Enigma.

It’s a goddamned shame when a piece of camera equipment manages to out-act everyone except the nine-year-old. Leah Diaz (“Gracie”) was the only actor I could stand to watch in this, so naturally they kept her offscreen for most of the film. OH WAIT I ALMOST FORGOT! Although the cast is pretty diverse in general there’s only one African-American man…so guess who di –

– I don’t even have to finish that sentence. You already know.

AnyWTF, shortly after all of the ghosts (because why have one when you can have three? blergh.) make their appearance, so right when you’re wishing you had a vengeful ghost of your own so you could provoke it into gouging out your eyes, the movie culminates in a “twist” ending that’s worthy of The Happening.

The Ouija Experiment, however, is a bottomless pit of awful that will make you revisit every terrible life decision that ultimately led you to the final, devastating decision to push play. Don’t press that button.

*This post oringally appeared in a slightly different form on Facebook. Reprinted here because my Facebook page is private and the entire world needs to know how terrible this movie is.