The covers are in for both my Charley Cat teaser and the first full novella. Artist Trevin Wyant did a wonderful job bringing my rather confused notes to life. 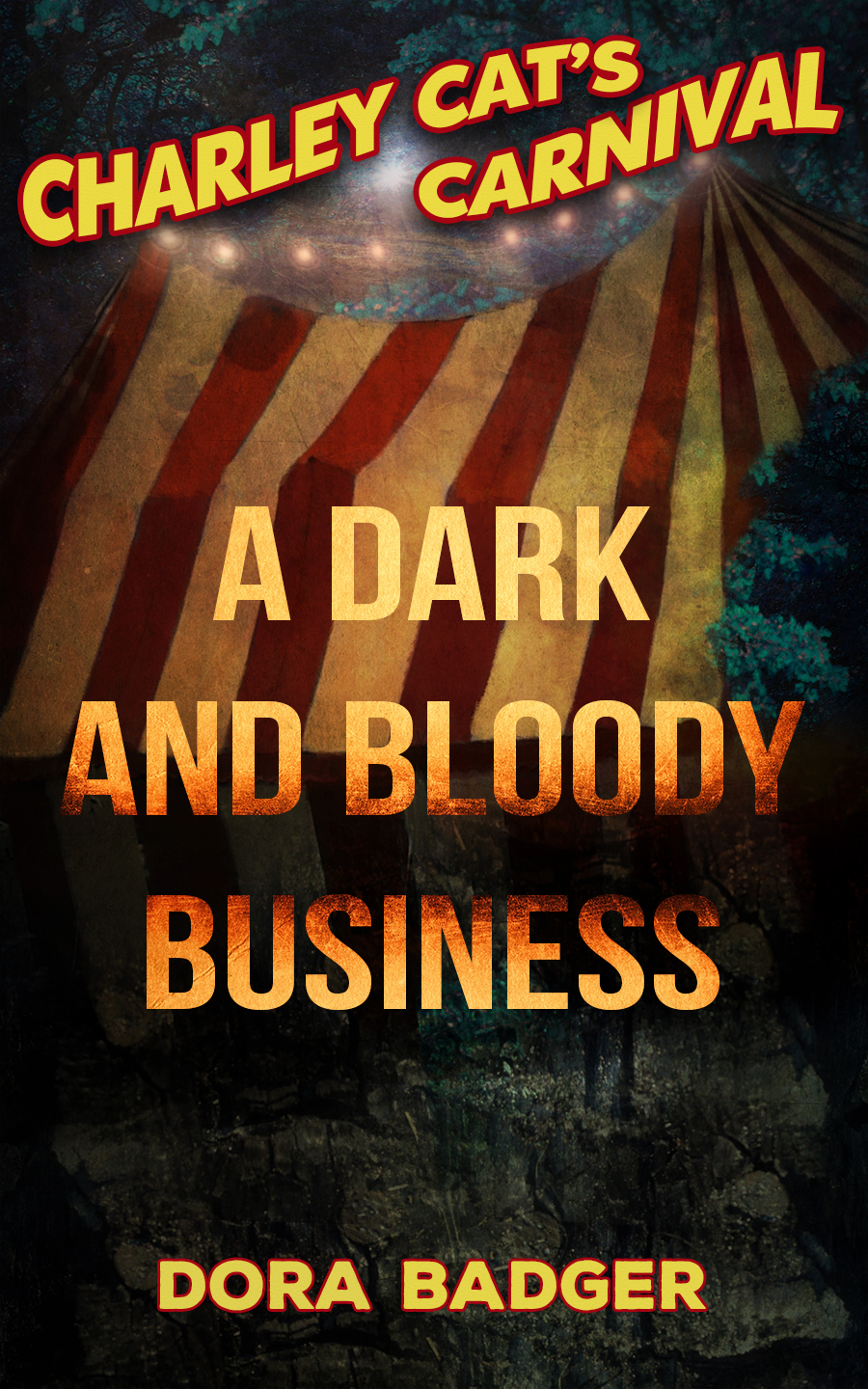 See? Isn’t this awesome? All I had to do was drop in the text. Trevin will be designing the covers for at least the first three novellas, and I couldn’t be happier.

A Dark and Bloody Business is a short story, and will be offered as a permafree introduction to the world in which both the Charley Cat’s Carnival series and the Uncurled trilogy take place. The short also serves as the prologue to Urn, the first novella in Charley Cat’s Carnival. I’ll be releasing this book on Monday, August 24th.

The timing of the release will be a bit odd because Amazon doesn’t allow authors to set $0.00 as a price point. So I will upload it to Smashwords* and Nook at $0.00 first, and will post it to Amazon that same day for $0.99. After that, I’ll report “finding” a lower price and Amazon’s “Undercut us? We’ll show you!” robots will take over from there. It reportedly takes them anywhere from 36 hours to a week to make that change, so in the meantime I won’t be linking to the Amazon copy here…I mean, the whole purpose of a free promotion is for the book to not cost anything FFS. I’ll also post it here as a downloadable PDF.

My point being: you’re welcome to snap it up from Amazon in that first week and pay cash money for this thing if you really want to, but it will be available everywhere for zero pennies by September 1st.

So. What’s this short about? I’m glad you asked.

It’s late summer in 1901 and Joseph Albers is a man in trouble: he bet everything on a Kentucky, but soon after the mine collapsed the folk of Piquette, Joseph’s fledgling township, began falling to smallpox and yellow fever. In a desperate attempt to save what’s left of his town – and his dream of making it big in coal country – Joseph hunkers down at the crossroads, hoping for a midnight meeting with the devil.

Instead Joseph encounters the ancient, ageless god Charley Cat, and finds himself surrounded by the demons, legends, and creatures of myth who travel with him. By the time their parley has ended, the fate of Piquette will have changed forever.

Credit where it’s due: this story probably wouldn’t exist without Robert Shenkkan’s amazing (and horrifying) The Kentucky Cycle. I first read it almost twenty years ago, and it’s haunted me ever since. I’ve never had a chance to see the play being performed, but if you do — go. It’s an honest and moving depiction of life in the Cumberland Plateau over the course of two hundred years (1775 – 1975), and a wonderful commentary on the myth of America.

The play does have a few flaws, but whenever I re-read “God’s Great Supper” (one of the nine plays that make up the Cycle) all is forgiven.

The blog will be getting a new look soon. I have a crazy talented artist (Melissa Scheu, check out her work here…I seriously need her woodland spirit in my life) working on an updated logo and I’ll be tweaking the site shortly after the new art comes in. It’s a long process, though, so things will look a little off during the transition. I expect everything to settle down mid-Septemberish.

Update: Unfortunately, Melissa had to stop working on commissions for a while and I wound up taking on two extra clients this fall. The blog updates will probably take until the end of the year.