ICYMI: Don’t Mess With the Nest

Note: this post from 2010 originally appeared on my long-neglected blog At Your Door. 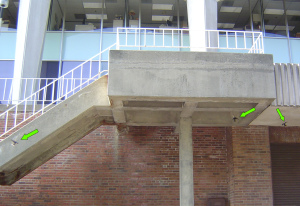 These are three of the six birds which herded me back to my car.  They did this by peeping in a register that made me feel as if shards of glass were being driven into my ear (and at a volume approximating a cannon filled with angry bird noises going off right next to me), and by flying straight up into the air for 20 feet or so in order to build up maximum velocity when diving directly at my face.

Naturally, I was curious. Unlike bats, birds usually only swarm around a larger animal to chase that animal away from a nest. Naturally, I went looking for the nest. Here it is: 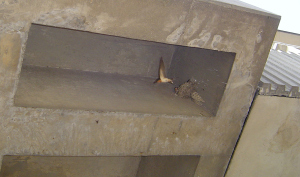 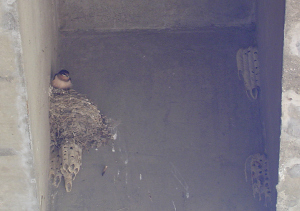 I got out of there fast– 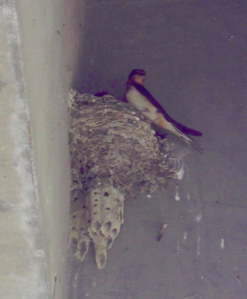 –but not before the equally pissed off papa bird came back. A spooky sentinel swallow gave me the stink-eye as I walked away: 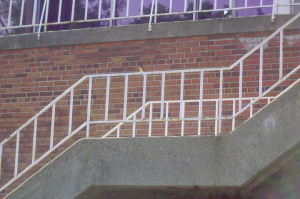 And yes: I walked. I did not cringe toward my car, bowing and scraping like a proto-human encountering a giant Space Slab. 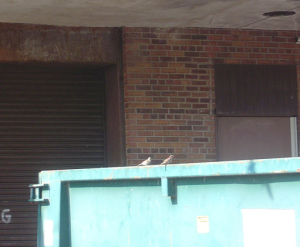 The totally unrelated sparrows pictured above spent the whole time hanging out on a nearby dumpster. I’m pretty sure they were laughing at me.

Thanks for joining me for this little stroll down memory lane. I’ll be putting up old posts every couple of weeks for the next few months as I wind At Your Door down permanently.

The featured image which appears on my blog’s home page for this post is clipped from this photo: 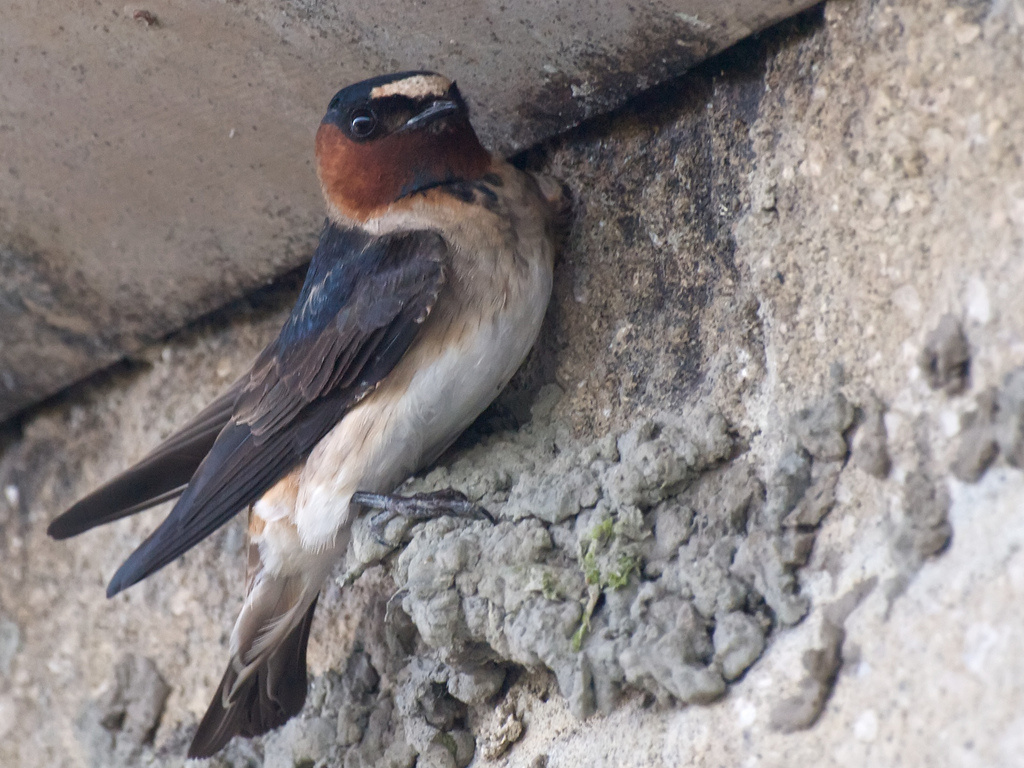 Cliff Swallow ( petrochelidon pyrrhonota) with the early makings of a nest.
PHOTO BY INGRID TAYLAR VIA FLICKR CREATIVE COMMONS

Holy cow, does it make a difference when a real photographer is taking the pictures. Ingrid Taylar’s Flickr is here, and it’s stunning. Well worth a visit, or six.