Home Reviews Book Reviews ICYMI: A Review of The Grin of the Dark

ICYMI: A Review of The Grin of the Dark

Let’s face it: clowns are terrifying.  It isn’t just the makeup, the costumes or the unpredictability; it’s the gleeful way clowns indulge in near-sadistic slapstick shenanigans and then laugh hysterically at their own antics.  Horror is teeming with evil or killer clowns, and even those who don’t follow the genre know the names Pennywise and Killjoy. 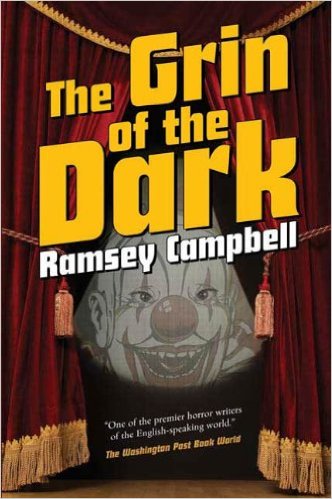 This book is one of Campbell’s most compelling and chilling to date.  The writing is crisp and yet seductive, drawing you in to a world that is so well-defined, and so much like our own, that the reader is tempted, just like Simon, to deny the steadily increasing sense of dread until it’s far too late. He is definitely in top form in this novel. Although it does touch on a favorite Campbell theme, in The Grin of the Dark he manages to present it in a thoroughly new and horrifying light.