The Shadow Pups had their first trip to the vet yesterday, and it went pretty well. 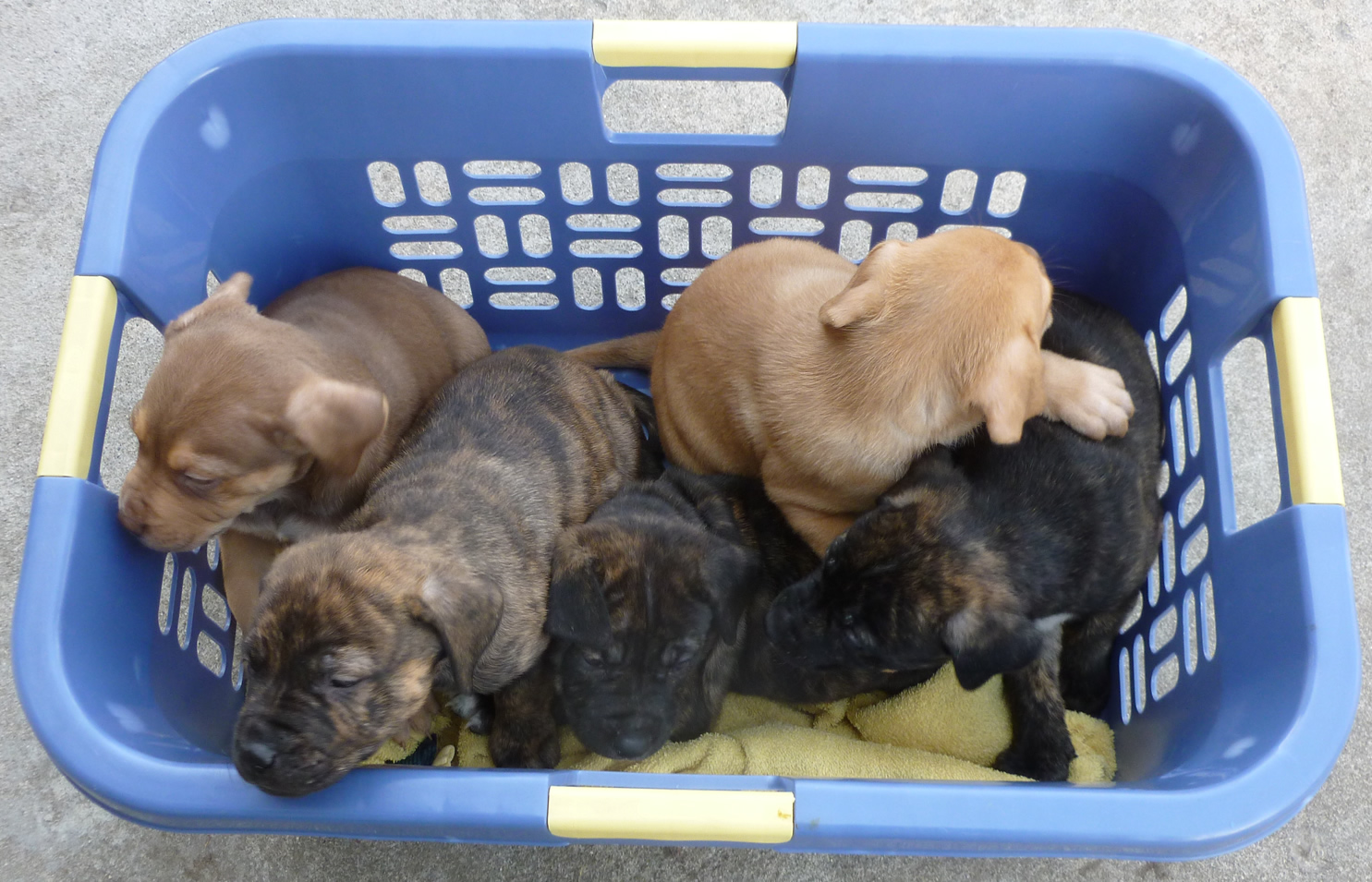 I worried about them climbing out, but they were too amazed by EVERYTHING IN THE WORLD to do more than stare and stare.

I’d wanted to bathe all of them ahead of time but only managed to wash the mastiff mixes. I shouldn’t have been so worried about it, though; one of them got sick in the carrier on the way there and the relatively nice scent of dog shampoo was completely obliterated by the time we reached the vet’s office. I can’t complain too much…only two out of the nine puppies got carsick, which is a minor miracle. The Crystal Pups all threw up every time we drove them anywhere for months. This was better. 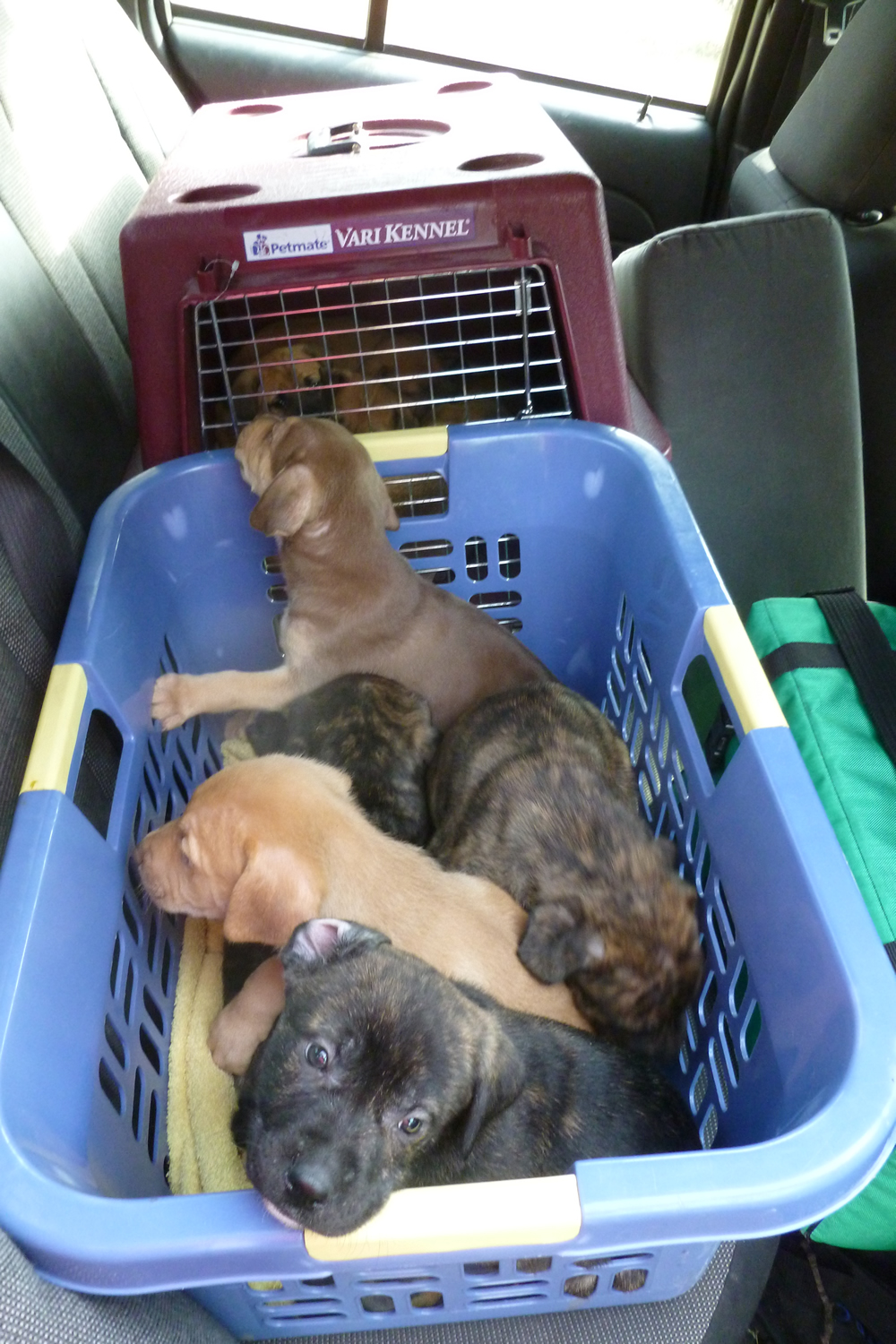 All loaded up and ready to go. This was a good ten minutes before the barfing began. 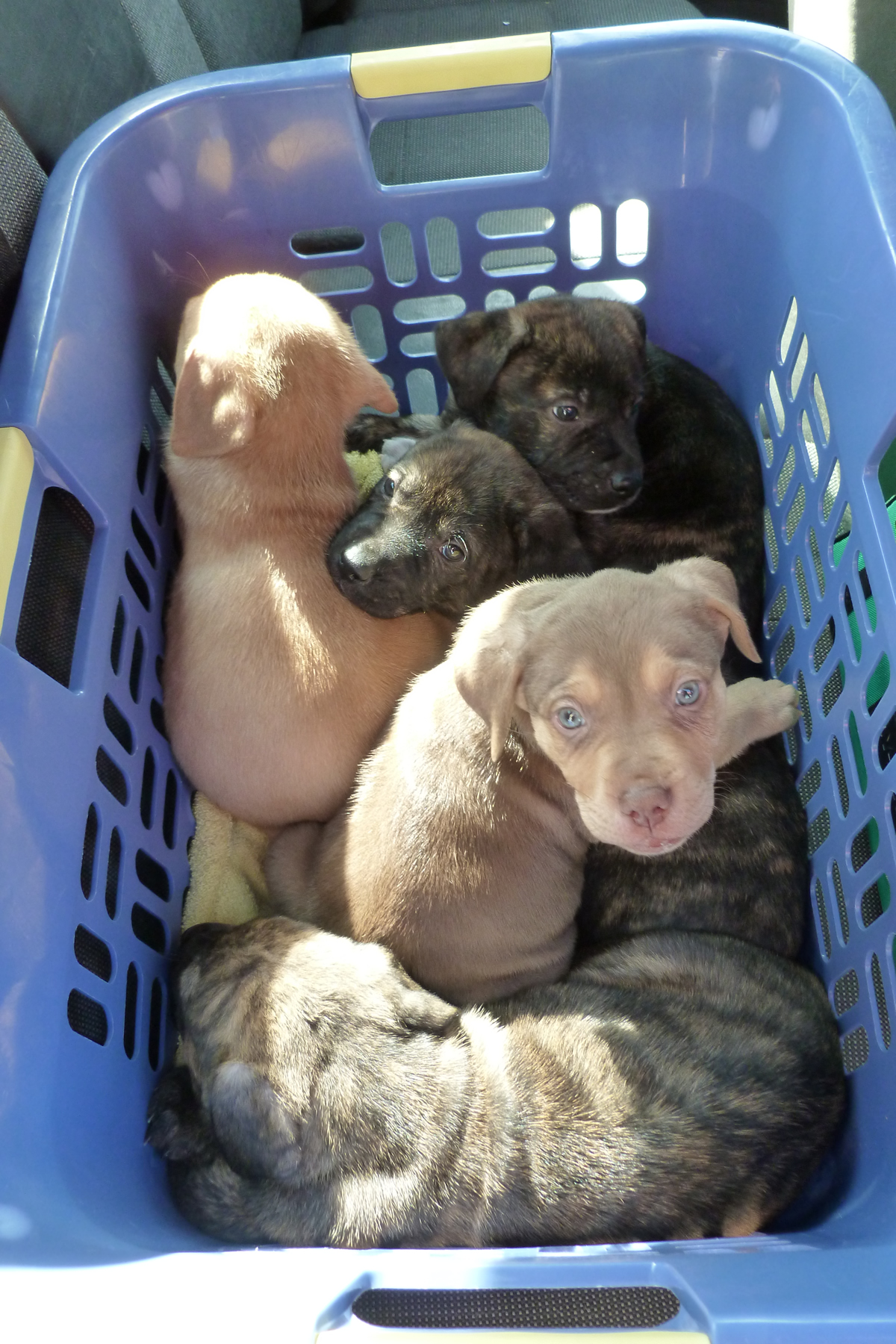 A few minutes after barfapalooza clean-up. Note Comet’s “it wasn’t me” face.

We got there too late for me to take many photos, but the puppies were the stars of the waiting room. Well, after that 4-month-old husky/shepherd mix left…she was a giant bouncy ball of poof. 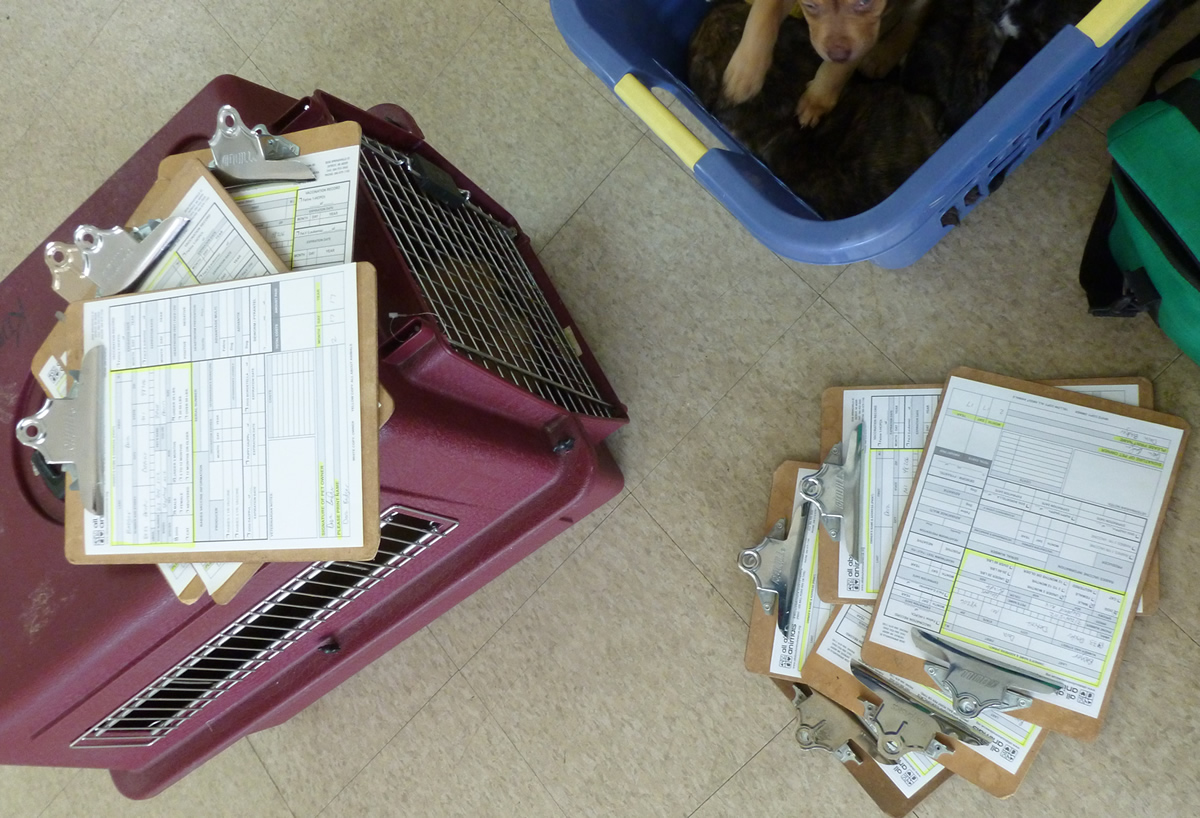 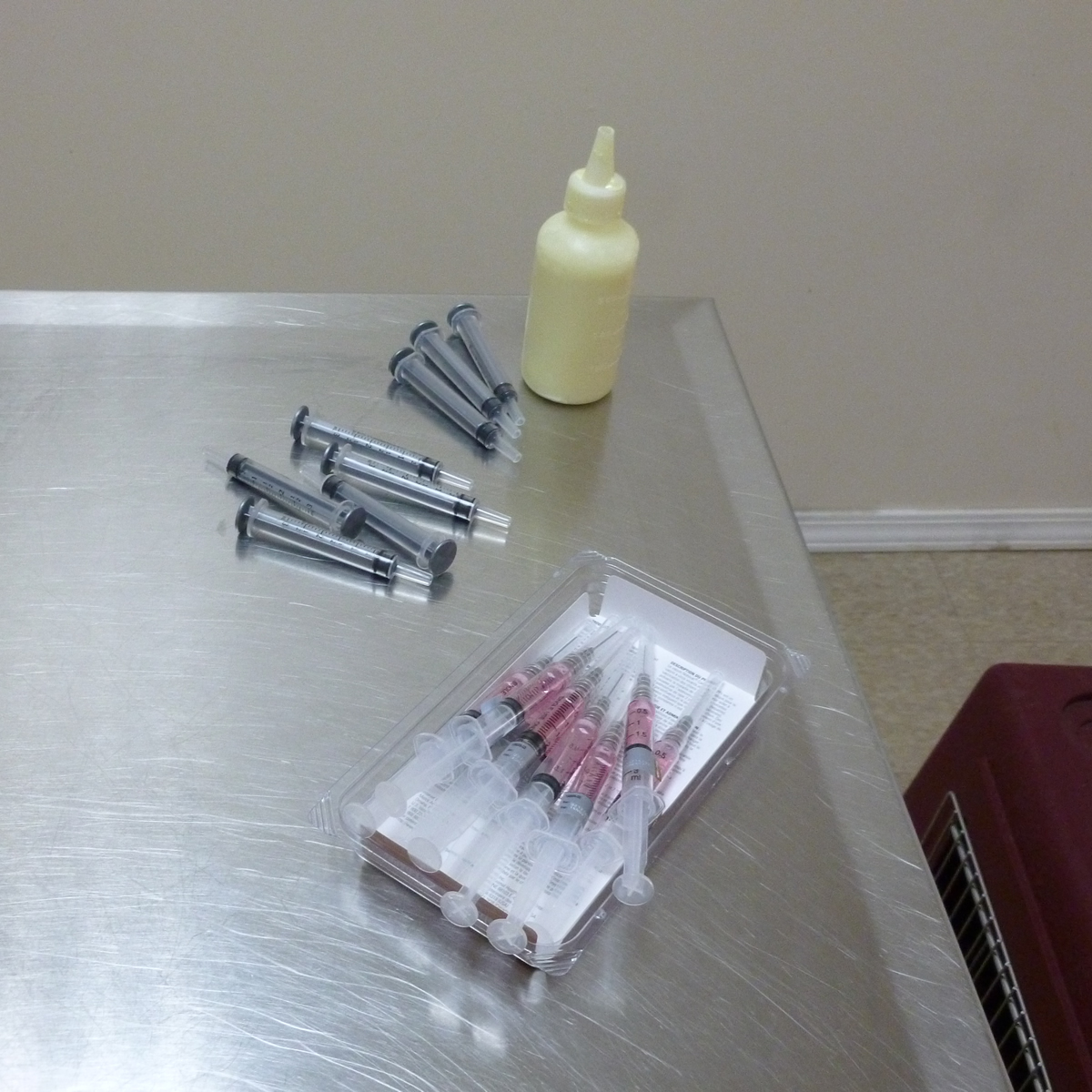 Their weights came in at 7.9 pounds (Zeus) to 8.9 pounds (Plato), which at six weeks puts them on the path to be about about Mommo’s weight full grown – but of course it’s too early to say for sure. They’re due for another growth spurt in the next couple of weeks. We’ll be able to make a better guess after that. 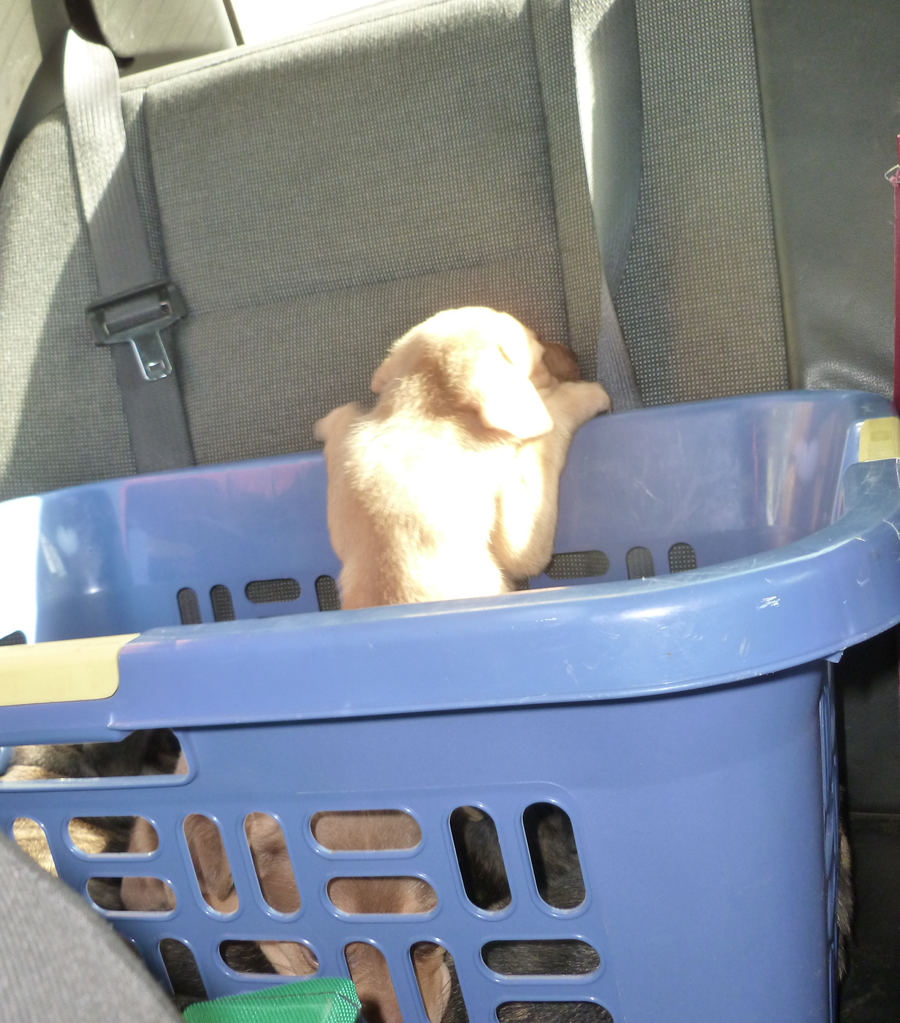 Heading home. Tangerine isn’t climbing out – he just wanted to sleep in the sunbeam.